The ACP visualization maps a granular depiction of ACP participation, displaying, by ZIP code, the percent of eligible households enrolled in ACP. The average participation in the ACP nationwide is estimated to be 14%.
Other features of the ACP visualization include Rural LISC Digital Navigator Partner Site Locations, terrestrial broadband access, and most recently, the Digital Divide Index (DDI). The DDI gives a visual representation on how deeply each neighborhood is impacted by the digital divide (on a scale from 0-100)."
​https://www.lisc.org/ruralacp/
Open the ACP Enrollment Map 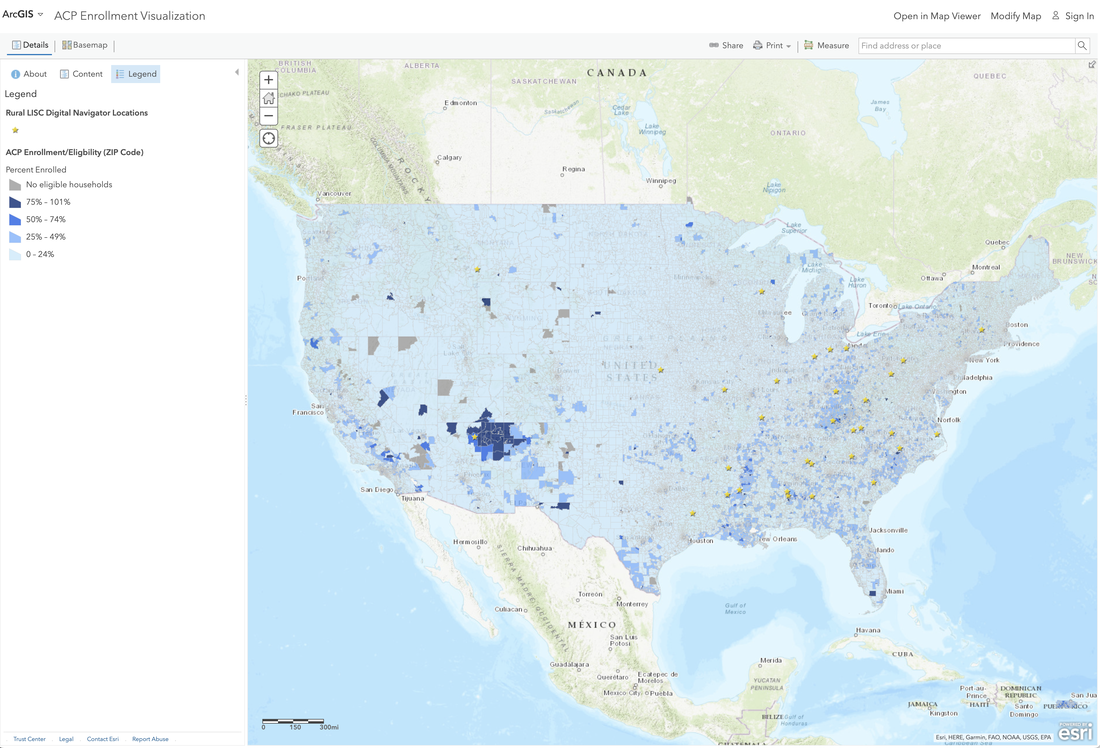 "A previous FCC program, the Emergency Broadband Benefit (EBB), was in effect from May 2021 – December 2021.
Access the EBB Enrollment Map to explore EBB enrollment for that period.